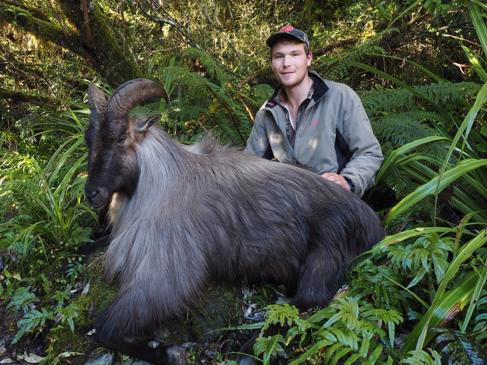 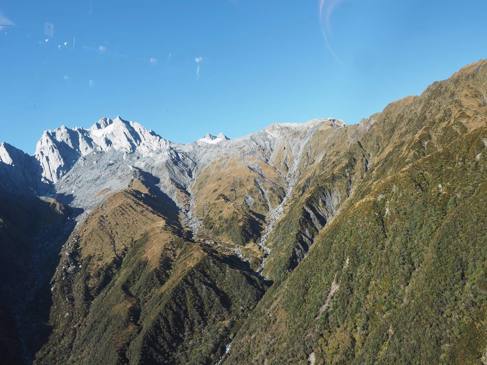 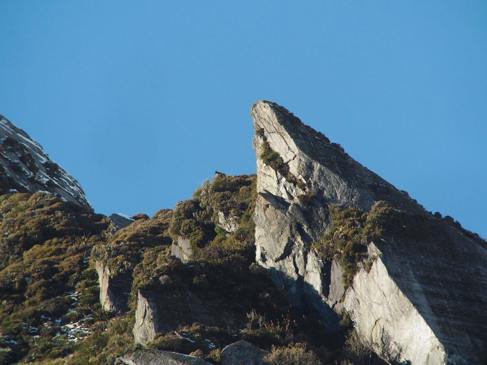 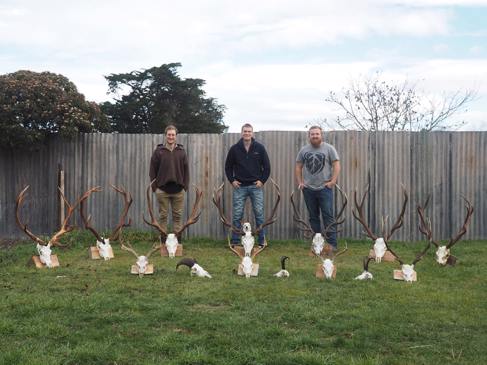 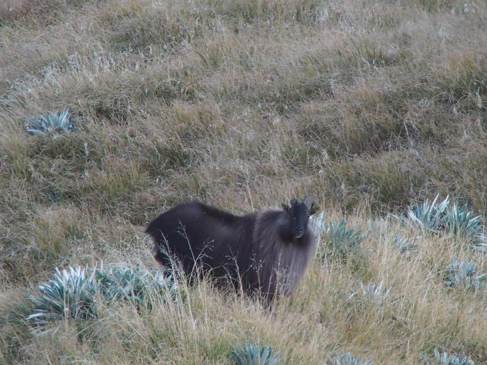 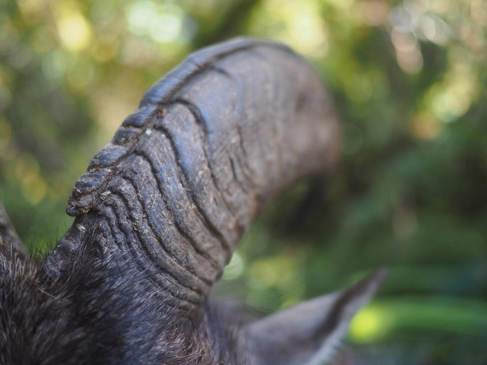 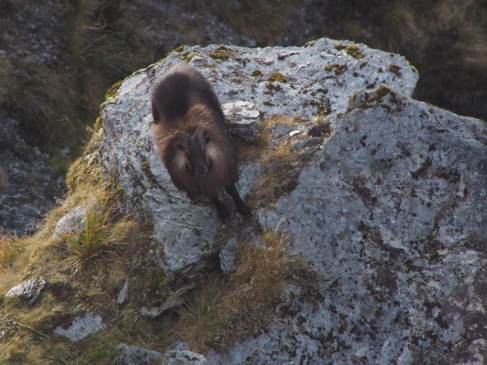 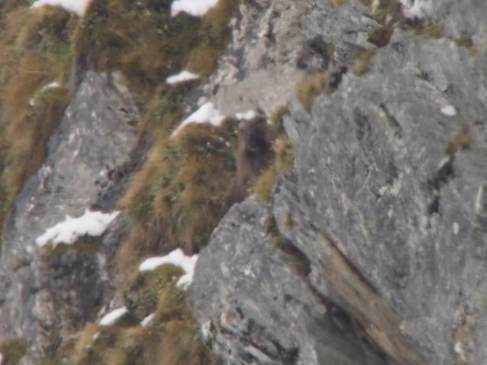 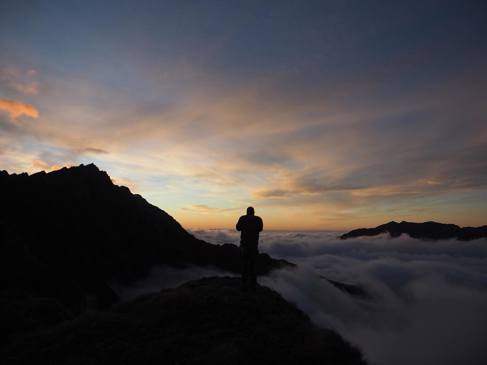 After chasing the elusive Sika deer until the end of April, we were eager to go back down south and hunt tahr and chamois, animals we were more familiar with. Richie had got lucky (as per usual) and drawn a tahr ballot – and a very good one at that – but that was our only concrete plangoing into the month of May.

The only problem was the tahr ballot clashed with the opening weekend of duck season and as long as I’m in NZ, I wouldn’t miss that for anything so I opted to catch up with Richie and Baden on the Sunday afternoon.

Opening morning went well for us shooting some public land in mid-Canterbury and we secured a good fistful of Mallards and Parries. On the Saturday night we scrambled to put away the duck gear, clean the birds and get our packs together for a week’s tahr hunting.

After an early morning dash, Sam and I were ready at the helipad in Whataroa for our flight in. A short time later, we were dropped at the lower campsite in our block. Richie and Baden had gone to the upper campsite and then out onto the tops. We were eager to hear how they had got on so we threw our packs on and headed for the tops where we could contact them on the radio.

We climbed up into the clouds and couldn’t see anything for quite a while but we could hear tahr whistling to each other in the bluffs above. The clouds lifted, revealing a nice bull around the 13” mark 200 metres above. He was only 6-7 years old so we left him for another day. Hopefully he makes it to 9 or 10 years old, when he will make a damn fine trophy for some lucky hunter.

We made contact with Richie and Baden that evening and they reported they’d seen a lot of good bulls. There was only one in the age class they were after but he was missing a horn so they passed him up. Richie snapped a lot of good photos of these animals and the boys got to witness lots of tahr rutting action.

When we woke the next day, the cloud was still low like it had been the night before so we couldn’t glass the desirable country before retreating to base camp. The weather forecast hadn’t been great when we left home but unbeknown to us, it had got a lot worse since we’d flown in and the helicopter company made the call to evacuate us, as it looked like extreme weather was coming for the next seven days. I’m sure glad they did as the weather actually lived up to the forecast and dumped over 700mm of rain that week.

With our tails between our legs, we regrouped at home trying to come up with a plan for the next hunt. I had guiding commitments the following week so Richie and Baden took off for a hunt in one of our favourite areas on the coast.

With packs on, they pushed hard as they no longer had me to slow them down. On the evening of the first day Baden went up the side creek where Richie had taken his magnificent 10½” chamois buck in our uni years. Right on last light, another buck paid Baden a visit and in the fading light, Baden decided he was worth the trip out. The 243 did the damage and Baden added a respectable 9” buck to his collection.

The boys moved camp further up the valley the following day, working overtime to get up above the bush line into the monkey scrub basins that the tahr love so much. There were plenty of tahr to look at but Baden was struggling to find the old bull he desired. He passed up a 7 year old that was fairly close to 13” before they called it a night on the second day of hunting.

Moving up the ridge early the next morning, Richie was out in front setting a solid pace as per usual when he just about tripped over a bull tahr. It busted out but then stopped and looked back. Richie was able to get a look through his binos at it and saw A LOT of growth rings on the horns stacked up close to the head.

He said to Baden “You need to get up here and shoot this guy!” Baden was quickly at his side with his rifle at the ready and before long, he had his sights set on the animal’s vitals. At the shot, the bull lurched forward and dropped out of sight but the boys were soon peering over the ridge and saw him giving his last kicks.

As Baden pulled the head from the scrub, the boys almost lost it in disbelief. The bull turned out to be 17 years old and his horns measured around 14 3/8” on both sides. Some people believe it’s the oldest bull shot on public land at the time. After passing on many good younger bulls, Baden could not have been a more deserving hunter to take this beauty.

After a bit of yahooing and shaking of hands, the boys got round to getting some pictures before taking the time to cape out the ancient warrior for a shoulder mount. They couldn’t help thinking of all the foot and heli-hunters this old boy must have dodged in his time…

The boys left the rest of the area undisturbed before moving down the valley. On the last evening they checked out a handy creek close to camp and after finding no mature bulls, they set about taking some nannies for conservation. One of the nannies turned out to be 16 years of age, which shows again how cunning tahr can be at keeping out of sight. The skull and horns were kept as a memento and the boys had rounded off the trip nicely with a bit of meat and their unusual trophy. With their heads held high, they made record time back to the car and cellphone reception, where they couldn’t wait to rub in their success.

These were the last animals we were to take on our amazing 5-month trip hunting around NZ – and what a couple of beauties they were. We got together with all the heads from our stint shortly after that trip and we were pretty proud of ourselves with the effort that went into securing those memories.

At the time we knew we had done something special, something that we will never do again as our lives take different courses and the responsibilities of growing older take root. After losing our best friend Baden in January 2018, all this and more was hammered home and I cannot be more thankful for the time we took to make our adventures happen.

We have trophies, photos and memories that I will cherish forever.