BEING BORN INTO THE DULEY FAMILY WITH HUNTING IN HIS BLOOD, IT WOULD BE EASY TO THINK THAT WILLIE HAD NO OPTION OTHER THAN TO EMBRACE THE HUNTING CULTURE HE FOUND HIMSELF IN. 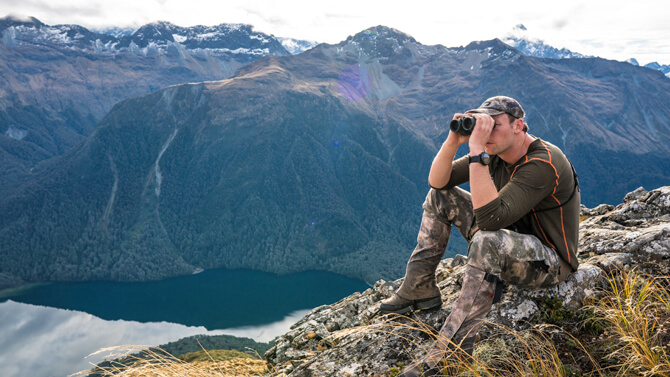 But he believes just about anyone would become hooked on our mountains and game animals after witnessing what he has been privileged to see in the New Zealand back country. He has spent almost half his life in the mountains, and it was only natural that hunting would become his obsession.

Learning his trade in the North Island backcountry, he then moved south to study at University followed by a corporate banking job, allowing him to leave his footprints across many a mountain and encounter many an animal in the wilds of the South Island. Chucking in his office job to front the show as the young-gun, he has spent more days in the hills than most, and keeps Greg honest while learning a few tricks as they are passed down a generation.

Producing a hunting show is fulfilling a boyhood dream for Willie and he can’t wait to see where this adventure takes him!